The new business models of banking

Why the current business models of banking are outdated and what should replace them. 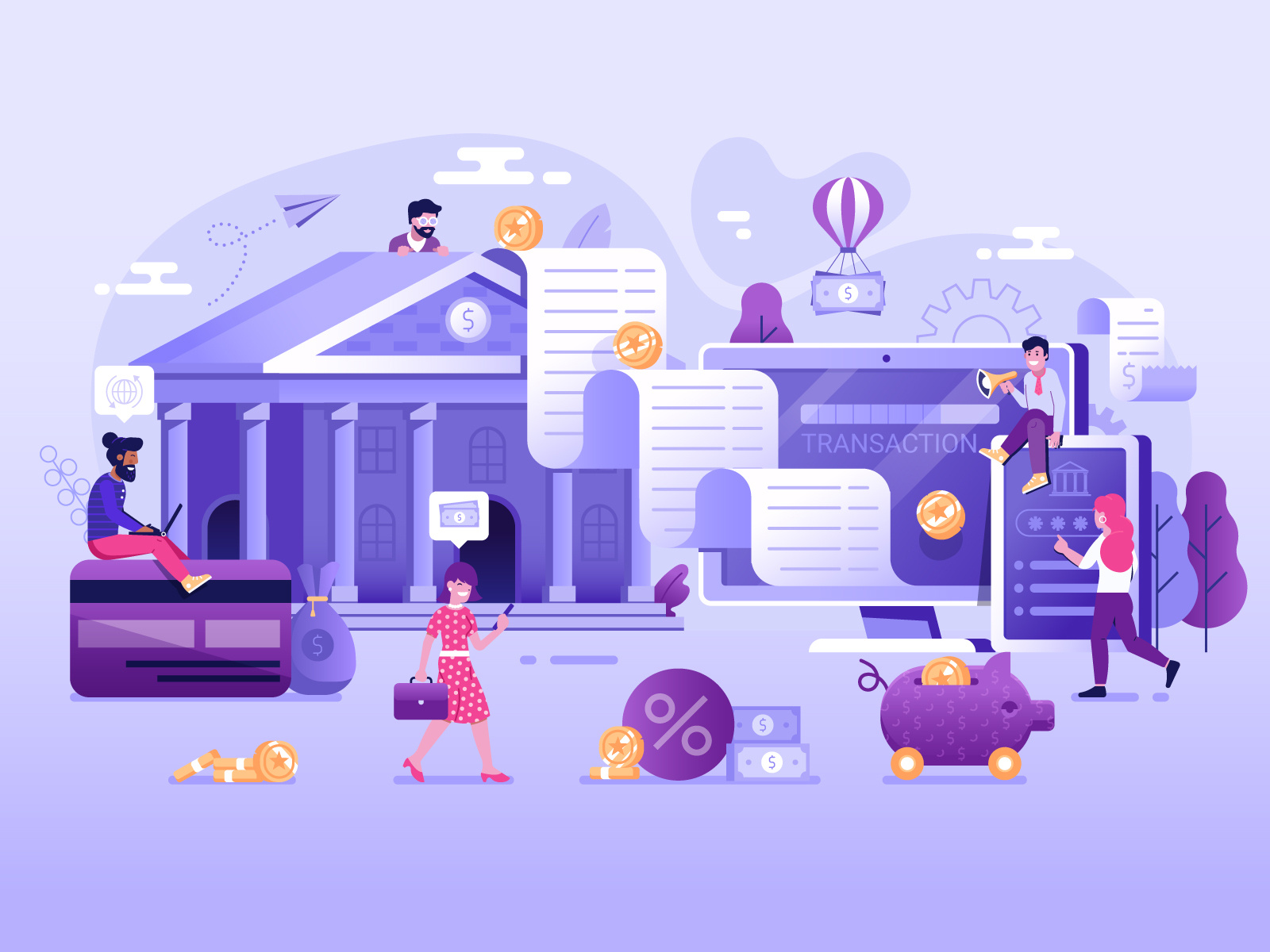 Over the past ten years, banking has slowly, begrudgingly adopted a modern technology stack. Fintech has indisputably modernised the a tired, inwardly-focused industry, however one crucial aspect of the old world still remains. The business model upon which the banking industry is built, that of fee and float income, clings stubbornly to life.

In this article I’ll review why this can no longer be the case, and critically analyse three alternative business models for the banking industry. The dynamics of banking are indisputably shifting; it’s not a question of if but when.

Around 65% of their income is Float Income. A bank takes in a £100 demand deposit, paying 0%, and loans out £90 for 1 year at 6%. Allowing for liquidity, credit and capital risk, the bank makes a tidy profit. This is one of banks’ key roles, known as financial intermediation.

Around 35% of their income is Fee Income. Banks levy account service fees, transaction charges, insufficient funds charges and many more, according to their agreements with their customers. For retail clients these will be standardised, where larger business and enterprise clients have greater discretion to negotiate.

Both of these revenue lines are being squeezed. For NII, margins between deposits and lending have been compressed for most major currencies since the Financial Crisis. The base lending rates for GBP, USD and EUR have been hovering around zero as central banks have purchased enormous quantities of government bonds in an effort to stimulate their economies.

For NFI, a host of competitor fintech products have created competition and driven down prices. For example, TransferWise’s stated mission is to reduce international payment fees to zero. Not only have they created a cheaper, more efficient means of sending money internationally, but they have shone light on the hidden fees that other institutions sneak into payments. Check out this comparison table to see what I mean.

The graphic above, from CB Insights, is by now a cliche but it has a powerful message. Fintechs are unbundling and re-doing all of the core product offerings of a traditional bank, so that fee income is far harder to capture.

No one yet knows what will replace the current business model; it has stood relatively unchallenged since modern commercial banking began. In the UK fintech ecosystem there are currently three approaches which I believe hold huge promise.

The Financial Control Centre refers to operating a current account, and then adding on additional products according to customers’ needs. These can be menus of external products, like Starling’s Marketplace, more deeply integrated partnerships, like Monzo with Investec, or a set of internally developed products, like Revolut.

The Financial Control Centre approaches sees banking products as modular and discrete, with the current account existing as the central ‘hub’ to which all other products are connected.

Monzo is the outstanding example for this category. As it has developed, it has deliberately shied away from heavy lending, usually a bedrock of profitability for banks. Instead, it is focusing on sitting at the centre of its customers’ financial lives, ensuring that they deposit their salary into their Monzo account, so they have access to the data necessary to operate a Financial Control Centre approach.

In the past, Tom Blomfield, CEO of Monzo, has spoken about a market structure for add-on products which will tend towards perfect competition. That is, margins for each category of financial product will approach zero as competitors strive for the lowest cost base with an undifferentiated proposition. There will be multiple similar savings accounts, ISA accounts, utility bill reducers and so on. The current account operator, taking either an introduction fee or a small ongoing fee, will be the only business in the value chain which earns a positive economic return.

I am personally skeptical of this view. I believe that consumers are looking for more than simply the lowest cost option to solve their need. Following in the tradition of Richard Thaler, users are not econs, making the perfectly rational choice in every situation, but humans who make irrational and emotionally-driven choices. I believe multiple businesses can profit in a marketplace model so long as their point of differentiation is clear. They must provide more than a direct financial benefit, but assist users with managing some part of their financial lives.

In the abstract, the concept of a Financial Control Centre is appealing. A menu of add-on financial products for your current account is simple and elegant. In practice, this structure has yet to reach material customer adoption. I’m watching with interest how Monzo, Starling and the other neo-banks will operate here.

Banking-as-a-Service offers the ‘plumbing’ of financial services — clearing system access, current accounts and debit cards — as a neatly consumable API for separate customer-facing propositions. It productises the back-office functions of banking, allowing other businesses to build on top of them to create new and exciting customer experiences.

As Anne Boden, CEO of Starling Bank, puts it:

By opening up our APIs, Starling is part of a new movement in which different businesses can tailor their propositions to each customer base and put their customers at the centre of a wider financial ecosystem.

There are numerous companies in the UK offering some aspect of Banking-as-a-Service:

Though legacy banks could technically offer these products themselves, their tangle of front-office and back-office systems mean they’re effectively hamstrung. They also have far higher cost bases, and so would struggle to price competitively.

The third approach is what I’d term the Niche Bank. As the technology and regulatory components to a bank have become more accessible, it’s possible to build banks which are targeted to specific demographics.

The advantage to this is twofold. Firstly a Niche Bank can build its brand to strongly identify with its target customers, rather than the gruesomely generic bank branding we’re used to. Secondly, it can build a set of features and partnerships which are highly specific for those customers.

Monese, founded by Norris Koppel, is a bank for migrants. New entrants to the UK used to have difficulty opening a bank account, with legacy banks imposing restrictive requirements on proof-of-address and income. Monese cut through by vastly loosening these qualifiers. Even today their website attests to this benefit.

Loot, founded by Ollie Purdue, is a bank for students. Its feature set is fairly standard for a challenger bank — a budgeting tool, virtual accounts for saving and real-time visibility of spending — however its brand and marketing is so distinctly student-y that it stands out from the pack. RBS, via it’s in-house digital challenger bank Bo, recently paid £5 million for a 25% stake.

Coconut, founded by Sam O’Connor, is a bank for freelancers. It identified the main pain point for freelancers — properly accounting for their income and expenses — and built an app which combines both banking and accounting. All of the accounting features available in Coconut are also available in other accounting apps, but there is a real advantage in deeply integrating this within day-to-day banking.

Niche Banks are often enabled by Banking as a Service. Operating on standardised infrastructure speeds up time-to-market, reduces technical complexity, and allows the banks to focus on their unique propositions rather than the nuts and bolts of banking.

Operating a niche bank opens up new commercial opportunities, which vary according to the target customers. For instance the Revolut Metal proposition, which targets wealthy and internationally-minded users, earns consistent subscription revenue by offering features like concierge service and limited airport lounge access. These are not revenue lines to be found on a traditional banking P&L!

I find this theme so exciting because it’s playing out in real time. No-one really knows at present how the banking industry will be shaped in the future, the only consensus view seems to be that the status quo cannot hold. Billions of dollars in value and tens of thousands of jobs hinge on this outcome.

My only strong recommendation? Watch and wait!