After hearing the umpteenth rendition of the same story, I decided to write about it! 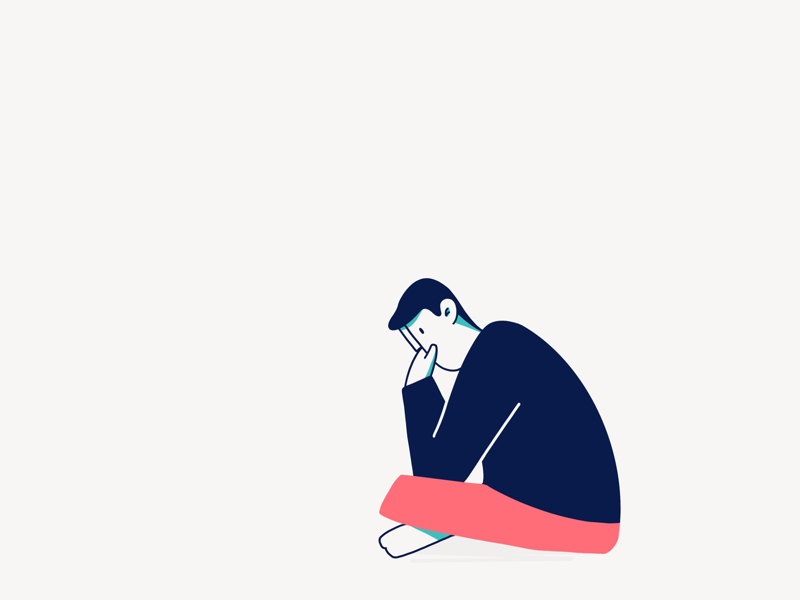 For four years he had climbed the ladder at a large FMCG company. He came in every day eager to learn, hustled for prominent projects, and rarely left his desk before 7pm. From the graduate programme, he was now a fully-fledged brand manager, responsible for the performance of a market-leading brand of painkillers. All until he came to one crashing realisation.

He had a job which, when asked at parties, always elicited an impressed response, but which he felt hollow about in moments of self-reflection. Is this the contribution I really want to make, he asked himself.

Soon, everyday corporate occurrences began to chafe. The Monday morning status meeting  felt like a useless ceremony, rather than an opportunity to stand out. When the next financial year rolled around and he was asked to set out the new brand strategy, he spent hours staring at a blank document, utterly unenthused by the task at hand.

Dan’s experience is not unusual. The Quarter Life Crisis, once a tongue-in-cheek term to signal millennial disenfranchisement, is increasingly a recognised life stage. It is, in short, the expectation gap between where you are and where you thought you’d be, and if you’re between 25 and 35 then chances are you’ve had one too.

There are a myriad of explanations for this phenomenon. Newspapers will often blame the cruel comparisons of social media, financial insecurity stemming from coming-of-age in the Great Recession, or the inaccessibility of housing. I venture that the real answer lies deeper, and is a more common human experience. In truth, all this navel-gazing is simply the millennial generations’ search for identity.

For those of us who are lucky enough to have their basic needs met, work must be consistent with identity. What I do and who I am are closely entwined. And yet so many jobs are void of meaning. David Graeber’s theory of ‘bullshit jobs’ — those roles that no-one would miss if they were not performed — went viral in part because so many readers identified with it personally.

In this context, it is unsurprising that millennials are struggling with questions of their contribution. The only tragedy is that this inquiry is portrayed negatively. I argue instead, that a Quarter Life Crisis is a healthy and necessary part of self-discovery.

After leaving his job, Dan began learning how to program. For three months he sat at home learning from video courses on Udemy. He then spent some of his savings on a developer bootcamp at General Assembly. After the tedium of an unchallenging corporate role, he was being stretched continually to understand and internalise new concepts.

His friends, though outwardly supportive, were bemused by his change in direction. His parents, who were always quietly proud of how Dan had shot through university and into a prestigious job, struggled to understand why he had quit in the first place.

After finishing the bootcamp, Dan began working on The Idea — A marketplace for gym-goers to find and book personal trainers. Every day he was confronted with challenges, both technical and commercial, for which he had to find his own solutions. Though he was burning through savings and months away from making his first dollar of revenue, he felt a profound sense of satisfaction.

Exploring and pursuing multiple career paths is becoming the norm. In ‘100 Year Life’ Lynda Grattan writes about the concept of a ‘Portfolio Career’, or one which is built in discrete but linked periods of work. Rather than working for 40 years in a large consumer goods company, for example, a professional may spend time years pursuing a freelance path, a few years in a large corporate environment, and perhaps a decade building and operating a small business. Careers, which used to be linear and structured, are now becoming fluid and modular.

In order to do this, continual retraining is essential. There are numerous training institutions teaching ‘new economy’ skills — coding, design, growth marketing and so on. Lambda School, General Assembly, Flatiron School and Makers Academy are all growing speedily on the back of this latent demand to retrain.

There are also institutions teaching the ‘soft skills’ necessary to thrive. Escape The City, a London-based social business, runs 10 week part-time courses in entrepreneurship and career navigation. It teaches disenfranchised professionals the skills and the attitude they need to build fulfilling careers. So far it has helped over 1,500 students to manage their transition, who have in turn spawned over 1,000 new businesses.

Escape The City grew from a simple email newsletter, a weekly collection of jobs that promised to take bored office workers into meaningful work. Soon, devotees were clamouring for more. Their weekly newsletter turned into a popular non-corporate jobs board now populated by the likes of Nesta, Social Finance, and Unicef.

It started as a meet up designed to help us quit our corporate jobs, but we stumbled upon a groundswell of so many people all wanting to escape. This turned into a global movement that pushed the notion that ‘doing something different’ was both perfectly acceptable and very possible.

Higher education is also being redesigned. Founders Academy, co-founded with Founders Forum — a private network of some of the world’s most successful tech entrepreneurs —  is re-imagining the MBA for the 21st century. Riya Pabari, its CEO, saw so many of her friends yearning to pivot their careers away from the corporate world into high-growth, high-impact companies, but struggling with the how.

We are living an era of accelerating change. 85% of the jobs that will exist in 2030 haven’t been invented yet. Just as businesses are being forced to reinvent themselves, so are people. However, change is hard, and it’s not something our traditional education system prepares us for. We need to change this.

Rather than staying in the confines of a campus, Founders Academy leverages placements in some of the world’s most exciting businesses to drive learning. It intends to unlock high-potential talent trapped in industries that are being disrupted, by offering them a time and cost-effective pathway into businesses that are building the future. Whilst finance is still on their curriculum, so is data science, product management and blockchain.

There is a new super power that all business leaders of the 21st century now need. It’s called AQ — Adaptability Quotient — the ability to adapt to and thrive in a world of accelerating change. However, the thing about adaptability, is that it can only be built by adapting.

After six months building The Idea, Dan began to doubt himself. He had been working 12 hour days, six days a week, and yet the prospect of a successful product launch still felt immeasurably far away. He was contending with both the technical challenge of building an app, and the commercial challenge of raising funds and finding customers.

At his co-working space, there was another start-up working in sports technology. They were building a platform to match social sports teams with corporate sponsors. Over the months Dan had become friendly with the team, until one day their CEO confided that they were desperately seeking a new developer.

Dan leapt at the opportunity. Having learned so many lessons from his own product, he was able to navigate and prevail over many common errors in designing the new platform. He connected personally with his team and revelled in his new, technical contribution to the team. For the first time in his professional life, he felt a deep and abiding sense of belonging.

A Quarter Life Crisis is a messy event. Although stories feel linear in hindsight, they are often chaotic and random in the moment. In any career transition, there is the ever-present threat of failure.

To succeed, millennials must have grit. Angela Duckworth, author of the eponymous book in this field, defines grit as ‘perseverance and passion for long-term goals’. Perseverance, for being able to remain disciplined long after most others have quit, and passion, for having a deep-rooted reason for your devotion.

The first path tried will likely not be the right one. Nor the second. Nor the third. The value of a Quarter Life Crisis, one in which you question deeply your very reason for being, is as much in the options which failed as those which succeeded. This is a process that cannot be rushed.

Dan is now the CTO of Sportility, the sports technology company he joined in 2016. The team recently concluded its seed fundraising round, attracting NBA star Andrew Bogut as an investor and brand ambassador, and is on track to reach 50,000 customers across the world this year.

Looking back at his journey, Dan acknowledges how much he has changed.

When I quit my job I had only a shallow understanding of what I would do next. I didn’t have the answers, but I trusted myself to figure it out as I went along. The path had a few more dead-ends than I was expecting, but I feel so fortunate to be in my position now, and even more so because I know I earned it. I’d do it again in a heartbeat!

Discomfort is a necessary pre-condition to growth, and so a Quarter Life Crisis is really an opportunity for self-discovery. As the structure of a career evolves over the next decades, those professionals who are able to step back and critically evaluate their contribution will have a strong advantage. Out of this phenomenon, a generation of fulfilled, engaged workers will emerge.