What I learned in my first full-time year of entrepreneurship. 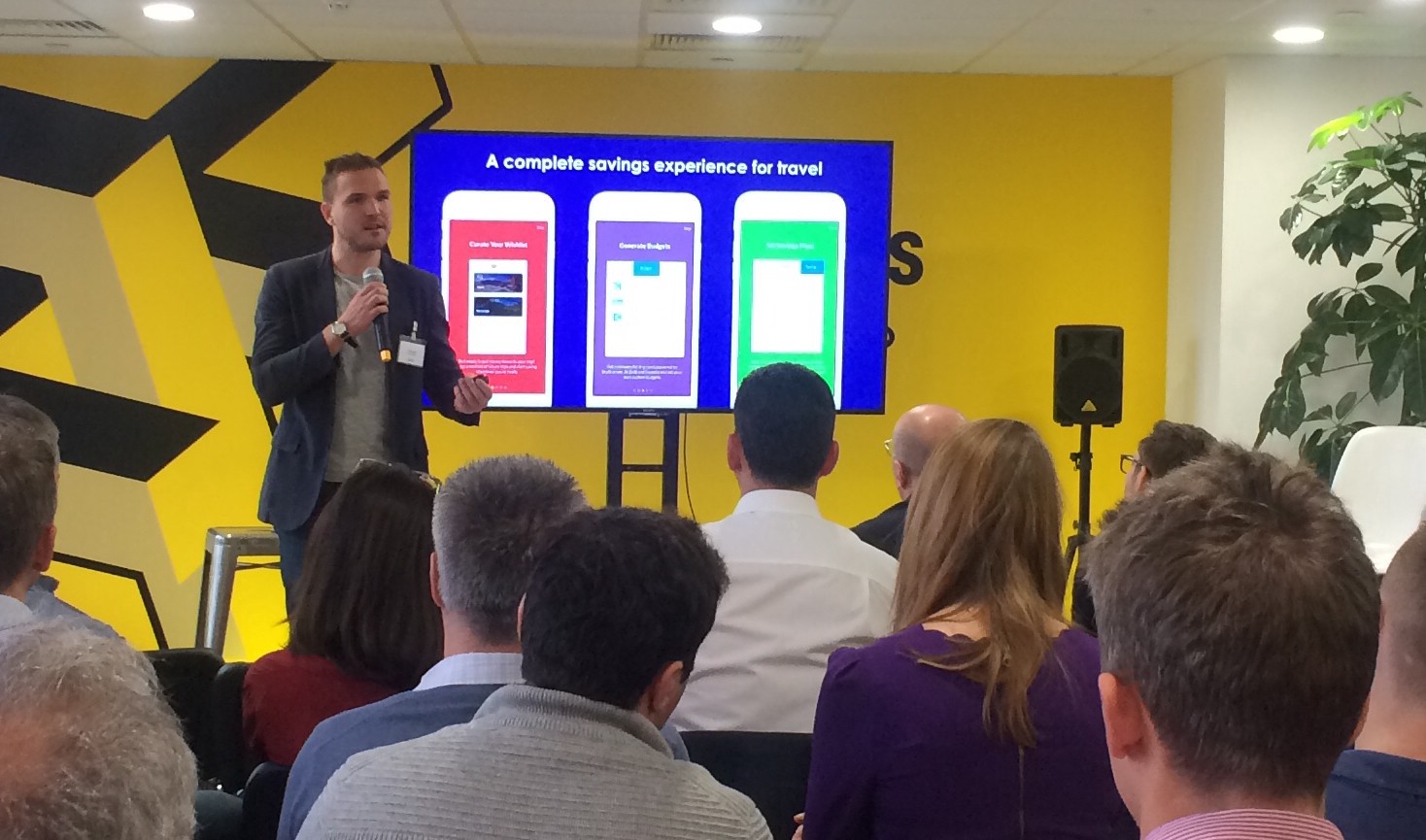 “What about composting coffee grounds for sustainable farms?”

It was November 2017. My friend Alex and I were flying back to London after a week of mountain biking in Portugal. I was combing through the in-flight magazine, thinking about the businesses that were featured and which I might like to start. Evidently, I was starting to scrape the bottom of the barrel…

Three months previously I had transferred to the UK to start a new job with HSBC. I struggled to fit in. My role was not clearly defined (what does ‘Digital Associate’ actually mean?) and the disregard for process which helped me succeed in New Zealand was not acceptable here.

I had a burning desire to prove myself. If only someone would give me a break, I thought, I could show my worth and create something of substance. Something people would love.

And so the next day as I unpacked, I resolved to start. I would no longer wait for permission. I would create something with genuine social benefit.

Each week I’ll write an entry about what I’ve done, what I intend to do and what difficulties I’m facing… I don’t know where this will lead, I’m excited to create.

For the next 52 weeks, I wrote a blog. At first it felt like a curiosity. Not only did I lack an idea, I didn’t even know what problem I wanted to solve. For a fortnight I was genuinely considering starting a ‘Quarter-Life Crisis Camp’ for millennials to go and learn adult skills. It was more telling of my mental state than a genuine need!

In December, my focus began to sharpen. I had spent the last 7 years learning about the financial system, what if I could make engaging with money more palatable for others? I wrote articles, and held a couple of workshops where I explained basic financial concepts for people. Everything felt forced, and a little foreign.

I sold 13 tickets to my first workshop. Until about a week beforehand I had only sold 2 — both to friends — and I felt like a failure before I had even began. I remember very clearly getting the first email alert for a purchase from a stranger. It felt like a huge release of pressure, I had made actual revenue!

In January, I joined Escape The City’s Startup Accelerator, a 10 week part-time course in entrepreneurship. For the first time I felt a sense of community. I met Ben Keene, the leader of the course, who quickly became something of a hero to me. Here was a guy who had been there, done it, and written the book!

I got competitive and resolved to be the top of the class. Whatever the week’s assignment was, I made sure I was doing double. One weekend I resolved to do five customer interviews. I’ve always struggled talking to strangers, so it took me until Sunday afternoon to venture out and approach people at coffee shops. I was so nervous before the first approach that I walked past the same person three times before saying something. But I kept going.

In March, I got in trouble at work. My blog, which now described my theorising on a new kind of financial product, was an undisclosed conflict of interest with my employment. There were a few tersely worded emails, then suddenly an invitation to a disciplinary hearing.

The hearing felt unreal. Two investigators sat across a table from me with a fat stack of papers. I could just make out that they were printouts of my blog, scrawled with red marker. Not good, I thought. I was accused of lying about my activities, of failing to disclose my conflict back in November. For an hour we went over the same ground in excruciating detail. I walked out of the room feeling worthless.

In April, I gave notice. I was too nervous to even tell my manager that I was leaving to continue with Moneycado. In fact, I had barely admitted it to myself. I spent a long time investigating different web development bootcamps, and I was seriously considering giving up on financial services to become an engineer. Perhaps banking was not for me.

One Sunday I caught up with Charlotte, one of my classmates at Escape The City and an incredible autodidact. She told me how she had worked her way out of China with a scholarship to study abroad, telling herself that whatever she didn’t know she would teach herself along the way. It made me realise that I didn’t need all the answers in order to pursue a business, just trust in myself to figure it out. I shakily committed to Moneycado.

In May, I had my first day of full-time entrepreneurship. I met Jenny and the community team atTechHub, who made me feel instantly at home in a new environment. I also struggled to adjust to working solo. Everyone except me at the co-working space seemed to know what they were doing! I spent a couple of afternoons sitting on the couch at home, watching Netflix and munching on breakfast cereal.

In June, I hunted for a co-founder. I re-connected with Matt, whose generosity and openness I admired when we met during Escape. During the course, I remember him going out of his way to help me with some trivial digital marketing question, which really impressed me. We identified common values, and spoke about our shared mission of making saving for travel engaging and accessible.

The first few weeks genuinely felt like dating. We would meet periodically at a cafe and share ideas about the product, interspaced with learning more about each other’s backgrounds. We gradually became more comfortable with each other, beginning to work on smaller projects and sharing feedback. One Friday afternoon over a beer at Finsbury Square we shook hands and became co-founders!

In July we pitched for a place at Founders Factory. I had just come back from a trip to Bulgaria, so we had limited time to prepare. It was a bad time to find out that Matt struggled with public speaking! We spent a long two days drilling our presentation, learning more about each-other as we pushed past any facade of politeness.

We opened our pitch saying why we personally believed in making saving for travel an incredible experience. Matt spoke about his own travels, and I about my desire to make money more accessible. It was the best possible way to start; it grounded us in why we were doing this, and the rest of the presentation felt effortless. We were accepted in!

In September we began to doubt what we were doing. So many smart people at Founders Factory were asking good questions about our process and evidence. Would people really want a savings account for travel? We began to look at other options, focusing more on what other startups were doing than what we were hearing in feedback and interviews. It felt like we were moving in circles, chasing our tails as we lost sight of our mission.

There were a lot of aimless meetings. We would start testing out a new tack, and then, as soon as we received any adverse feedback, we’d stop and start tossing around alternative ideas. We felt ridiculous sitting amongst all the energetic, dynamic teams at Founders Factory having lost our way before we had even produced a product!

In October, we went away together. We had always intended to run a design sprint during a week at a surf hostel in Morocco, but in the context of our malaise it was even more useful. On the first day we went back to basics, restating the problem we were solving, our value proposition, and mapping the customer’s journey. We realised that all the exploration we had done had given us a deep understanding of the problem space, and from the ashes of our original product we began to construct something even better.

On the last day of our trip we ran customer interviews, and showed a few travellers at the hostel what we had constructed. Our last interview of the day was Lisa, a Dutch student. As we walked through the prototype she became more and more animated, remarking almost verbatim all the things we had hypothesised over the week. George, Matt and I looked at each other in astonishment. We had something here!

Toasting the end of the design sprint with a beer, overlooking the North Atlantic Ocean, was one of the sweetest moments of the year. We returned to London with fresh vigour.

All of this brings us to today!

I’ve been mulling over the one year mark for a while, thinking about what I would write and what advice I might impart to others who want to take a similar path. The more I thought about it, the more my reflections began to resemble cliche. Yes, it’s a journey. Yes, it’s essential to be gritty. Yes, you absolutely must have a growth mindset. Urgh!

So what’s my advice for an aspiring entrepreneur? There are no silver bullets. Entrepreneurship isn’t defined by one skill which you must master in order to succeed. In reality there are dozens if not hundreds of qualities and skills which you’ll need to cultivate, most of which you’ll have little experience with. Every advice article you’ve read no doubt has some truth, but applying advice is so highly contextual that they have limited usefulness.

The experience of entrepreneurship is so different from how people speak about it. Any account is immediately infected with hindsight bias and narrative bias. Even now as I write, I cannot accurately capture all of the peaks and troughs in a simple article. The reality of willing something into existence is messy, ugly, and utterly compelling. It’s also something that no-one else can show you.

So don’t take my word for it. If you’ve ever harboured an ambition to create something of your own, go out and take the first step. It doesn’t require investment or a huge, unalterable commitment in order to start a side project, merely a willingness to stick at something long after the novelty has worn thin. If you keep at it, it’ll take you places you hadn’t even imagined.

But none of that matters for now. Just start!