Ideas on envy, long-term thinking and the craftsman's mindset. With thanks to Alex Clubb for his judicious edits! 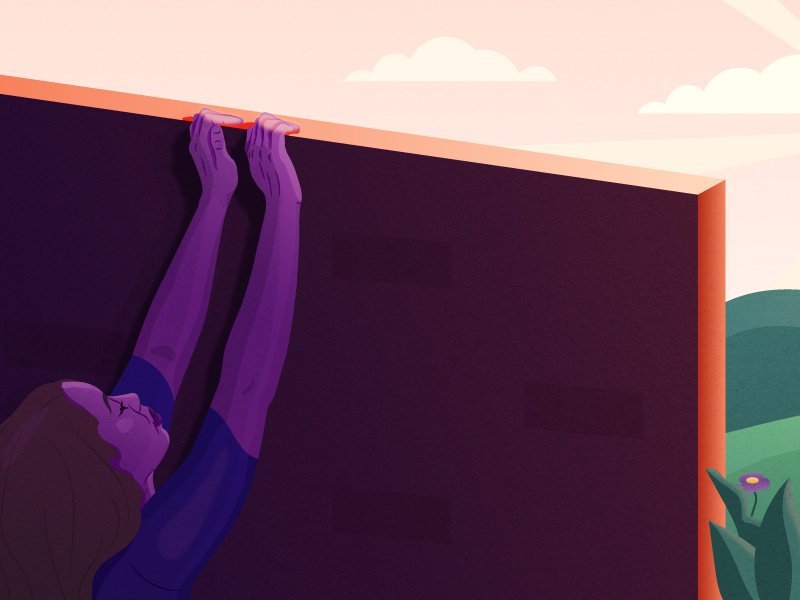 Last night I went to the bi-weekly Friday drinks at Founders Factory. There's always a light-hearted presentation featuring updates from the start-ups and introductions by new team members.

The first new joiner got up to speak. He told us about himself. Undergraduate and MBA from Ivy League schools. Internship at a top-tier London venture capital firm. Runs Ironman races for fun.

The second new joiner got up to speak. She told us about herself. High flying corporate lawyer. Tennis champ. Heavily involved in Italian party politics.

Part of my mind was thinking "What impressive people – I'm looking forward to learning more about them!"

Another part of my brain – one closer to the reptilian core – was whirring. It had an entirely different monologue:

Maybe I should train for an Ironman?

How can I get more involved in politics?

Why haven't I done anything that cool?

I see examples of this thinking everywhere, and nowhere more often than in my own thoughts. It's particularly prevalent amongst the overachiever set that dominate the ranks of consulting, start-ups, banking and other high-status careers. There’s this incredibly strong tendency to compare yourself to your peers, and self-flagellate for any perceived short-coming.

I call this the ‘30 Under 30 effect’, because it’s always most obvious around the time of year that Forbes releases its list. The lucky few, gilded by impressive jobs and large fundraising figures, are the envy of all. Whatever success the rest of us may have achieved pales in comparison to their eye-popping biographies.

Perversely, this sensation increases as you achieve more success. You'll inevitably find yourself interacting with a more impressive set of people, so the relative level of accomplishment of your direct peers seems to multiply while yours seemingly remain static!

But the ‘30 Under 30 effect’, common though it is, rests on two flawed assumptions.

The first is that there is a limited well of success. That when one person succeeds it takes away from your own chances of succeeding.

This is utter rubbish. It may have been true when we were living in subsistence economies, all hunting for the same herd of buffalo. It's definitely not true in a modern service-based industry.

In fact, if your peers are doing great things it likely increases your opportunity to also taste success. So many opportunities are generated from weak ties in your network. When a friend announces a mega seed round, he or she is likely to be hiring soon.

The second flawed assumption is that you need to be achieving great things constantly and quickly. There's an illusion to observing other people's success from the outside. You don't see the pile-up of failures that precedes mastery. You definitely don't see the everyday mundanity upon which great things are built. And you don’t see how long it took to happen.

For entrepreneurs especially, the route to success is often long and nonlinear. There are two years of sitting around, muddling through technical and administrative problems. How do I setup an employee share scheme? What kind of technology should I build my product with? Why won’t the elements on my slide deck line up?

If you’re lucky enough to experience visible success, it’s only after this period toiling in obscurity. Even then, the day-to-day is often very ordinary from what I’ve seen. It’s status meetings, customer support issues and many, many spreadsheets! Of course you'll be acutely aware of grinning pictures on social media (plastered with likes) from product releases, customer milestones or funding rounds, but that is barely 1% of the experience.

Understanding the hollow seduction of the ‘30 Under 30 effect’ is one thing, but it doesn't necessarily help you to re-orientate yourself. It's like being told not to think of a purple elephant.

So how do you change your perspective on all this?

Simple. Learn to stop worrying about outcomes and love the process.

On Thursday, I was making a pitch deck for a friend. Frankly it was pretty boring work, fiddling with fonts and trying to strike that elusive balance in design between 'sleek' and 'bare'. I was sitting under halogen lights in some anonymous co-working space in Aldgate, shoulders hunched into my laptop and swilling instant decaf coffee.

And yet, I couldn't have been happier!

I got so much joy out of setting the colour scheme just so. I found it immensely satisfying lining up text so that the distribution of their distances followed a logarithmic curve. I scoured the web to find an iPhone X frame which blended perfectly with the other elements and was triumphant when I finally did! The worries that normally ping around my head faded away. It was the psychological equivalent of noise-cancelling headphones.

Cal Newport – in his wonderful book So Good They Can't Ignore You – describes precisely this phenomenon, that of learning to love the minutiae and nuance within any pursuit. He refers to it as the craftsman mindset. The task of the craftsman, he explains, is to uncover the meaning in what you already do by seeking to extend your ability. Put another way, deep satisfaction comes from doing your work as well as you can, no matter what the outcome.

When I first read the book, this simple idea really hit home. It helped me finally understand that flitting between pursuits, and measuring myself against others' accomplishments is not only futile, it's actively harmful. This seems so simple – we’re taught it at primary school after all! – but the beauty of Newport’s thesis is its relevance to the overachievers for whom this problem is chronic. Relentless social comparison pulls us away from the focus we need to achieve a peaceful mind and therefore mastery in our own pursuits, which is ultimately what we are striving for.

Since I’ve internalised this message, my mindset has shifted. When I start a task I am deeply focused on making small, constant improvements to the work, no matter what it is. Mundane activities like editing prose are suddenly absorbing. I find myself reaching deeper into new disciplines, slowly but surely building my knowledge and competence. The work has become its own reward.

This is the ideal, but of course it’s easy to regress. I still have moments like on Friday where I become so consumed by comparison that I look at my own work with disdain. And honestly, I'd still love to make that Forbes list despite knowing my achievements are nowhere near impressive enough.

That said, know that over the long term – years not months – the craftsman mindset will generate success. It’s like the physical benefits of exercise, or the financial benefits of investing prudently. The pay-off is so remote it's often difficult to conceive, and especially so if you’re drawn to envy by your fit and/or rich peers!

Lie in wait, honing your craft and trusting the compounding benefit of your focus. Worry less about the immediate success of others. Yours will come, perhaps just not before your 30th birthday.