Building a product from scratch with Life Moments

Designing a new proposition from scratch for a B2B2C fintech start-up. 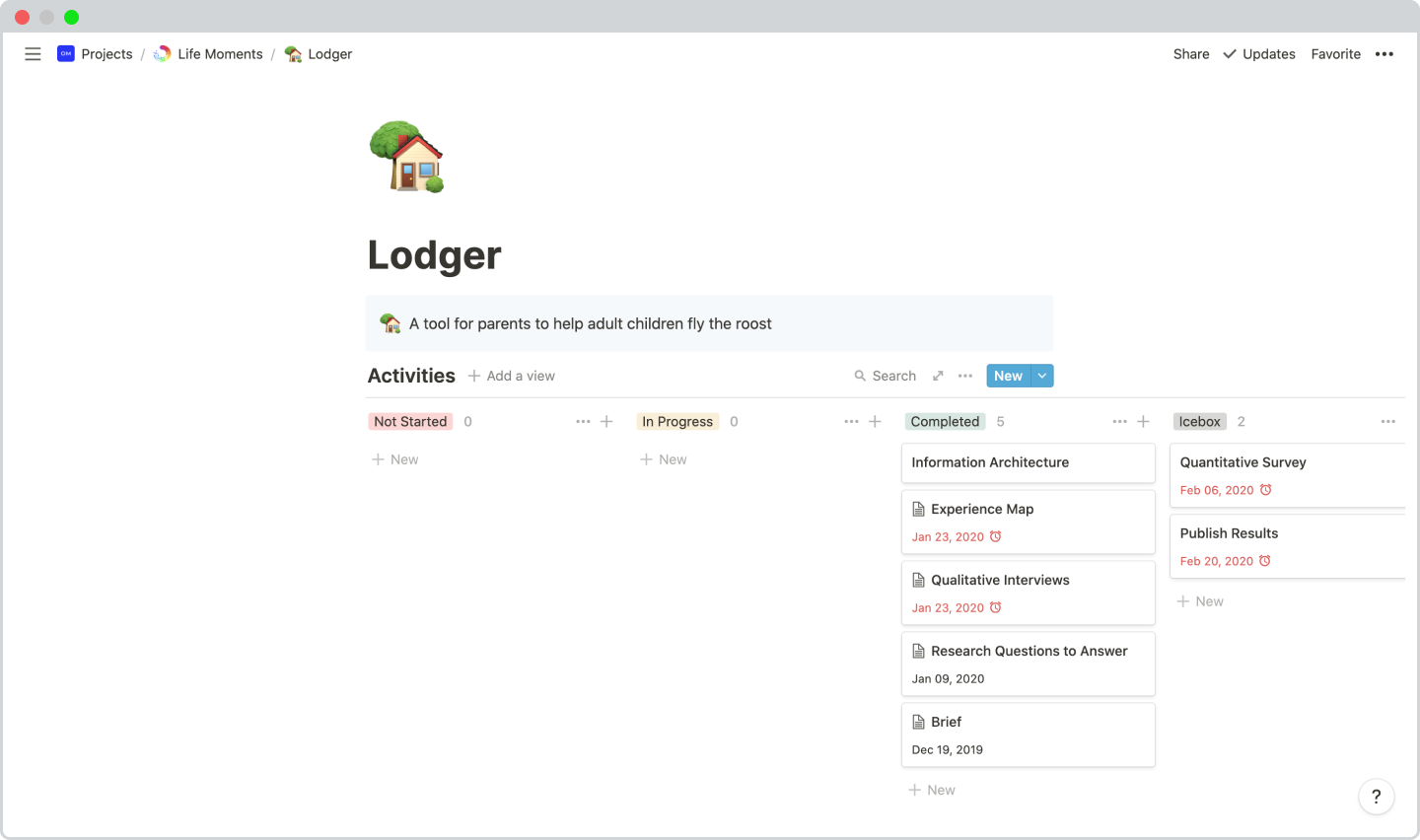 Life Moments is a start-up which builds 'digital coaching' products for financial institutions. By helping consumers make informed decisions about difficult purchases (for example first home ownership) they can empower consumers and improve conversion of products like mortgages.

Ben, the CEO and Co-Founder, wanted to build a new product for parents with adult children, helping the children move into financial independence and leave the family home. He also wanted it act and operate consistently with his existing stable of products.

I'd already researched this and believed there was a user need for the proposition. I wanted to bring it to life so I could go and pitch it to potential customers, but I didn't have the time

After working with Ben to define the vision (we used the 'working backwards' approach favoured by Amazon), I drafted an interview script and recruited potential users via respondent.io. I believe that any exploratory product work should begin with carefully structured long-form interviews.

Over the course of ten interviews, I filled out a nuanced picture of how adult children and their parents spoke, interacted (and sometimes fought) about money. To summarise my findings I build a jobs-to-be-done data model as well as an experience map to explain how interactions changed over time.

After a workshop with Ben and his advisory team, including Michelle Cracknell who had experienced this first-hand, we used my research to establish the content and goals of the product, from which I built a set of wireframes.

The ambition was to use Life Moments' underlying digital coaching platform (LifeHub) to create zones and interactive tools in which parents could get help, coaching, on how to support their children in achieving their financial independence. Each zone started with a quiz and based on the output from this provided a checklist for both parents and their children.

In only 10 business days we moved from concept to a set of validated wireframes. Ben was able to explore a new product area without distracting his core team, and begin the business development process. It was an exercise in doing rigorous product discovery work within the severe resource constraints of a start-up!

In Ben's own words:

We ended up far further advanced than I thought - and it only took a few days!

I refined my method of conducting long-form interviews, finding that elusive balance between letting the interview wander according to the interviewee's thought patterns, and confining enquiry to areas relevant to the product work. This isn't something that can be reduced to a rule-of-thumb, it varied widely between interviewees and their style of interaction.

I also got much faster at wire-framing. Tools like Whimsical make the process almost as quick as sketching, and the benefits of being able to show ideas rather than present them in the abstract are enormous.

If I were to re-do the work, I would have used a no-code tool like Landbot.io or Bubble.io to prototype some small interaction of the product - perhaps the introductory quiz. Having something up and running would have helped Ben when demonstrating and selling the product to business customers.

This was an exercise in business design - market research, design, product management and commercial strategy all rolled into one.

If your company wants to explore a new area like Ben did - either a new product, customer segment or commercial strategy - I can quickly and clearly take it from an idea floated in a meeting room to validated, articulated strategy that you can either use as a business case or even go and start selling!

Get in touch by emailing oli@olivermitchell.me if you'd like to scope out a similar exercise